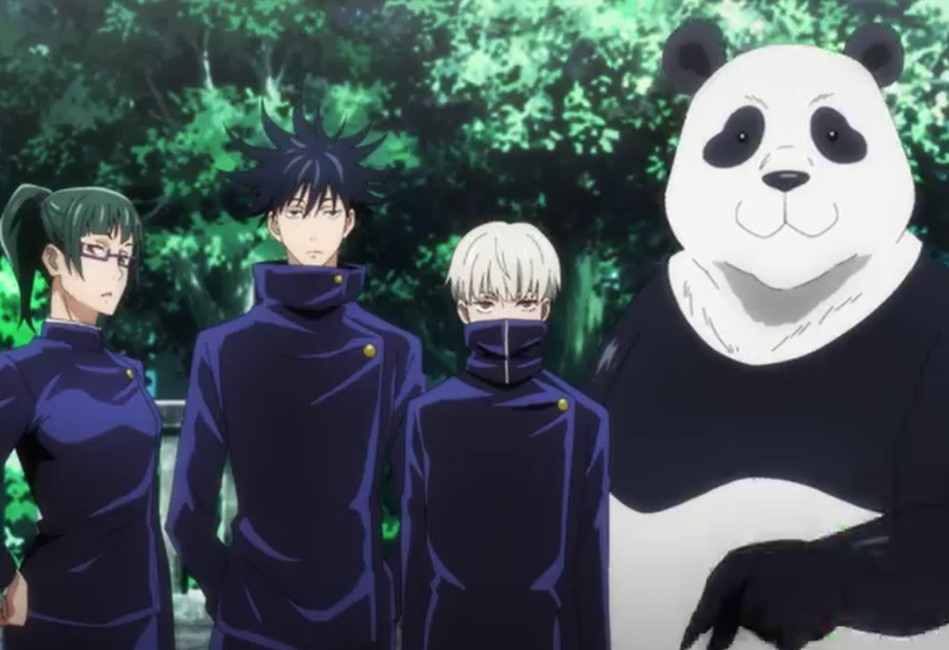 The start of the Exchange Event was from jujutsu kaisen episode 15 and it didn’t take that time to start the fight.

When Gojo cut off utahime jujutsu kaisen and began the event both teams headed towards the forest area. Yuji asked where could be the grade 2 cures and Panda told him it’s likely wandering around. Maki reminded Yuji of their squad’s plan and at that moment, the entire Tokyo team confronted Todo Aoi suddenly.

The Goodwill Event finally began and the Tokyo team used Itadori to distract Aoi but they were unaware that the whole Kyoto team was targeting Yuji because all the odds were against Sukuna’s vessel.

Yuji instantly smashed Aoi’s face with a flying knee. There Maki and Megumi Fushigoru go off in one direction while Panda, Nobara, and Toge turned into another way. Using Yuji was their plan to buy some time and Yuji was considerate of winning.

Aoi immediately recovered and respond with a fierce punch. This bad punch tore apart the grade 3 curse and blow Yuji away through a few trees. Before Yuji could recover from the Aoi’s punch, Aoi started tromping his face until Yuji lost consciousness.

Aoi decided to move on but got surprised to see Yuji was back on his legs. He yelled out at Aoi for making him a dumber. There Aoi replied that Tadaka-chan has a keen interest in dumb boys so it is alright.

Yuji said he doesn’t care about idols. Jujutsu kaisen episode 15 was the second episode of the current anime series where Aoi Todo asked the same question from Yuji itadori as he had asked from Megumi before that, “ What kind of woman is your type”.  Yuji replied that he likes tall girls with big butts. There Aoi was shocked that he and Yuji have the same preferences. The response of Yuji triggered a fabricated memory in Aoi’s mind. However, Aoi found an unlikely best friend in the midst of a fight.

But the moment was interrupted when the Kyoto team ambuscaded Yuji Itadori. Annoyed Aoi stopped his peer from trying to kill Yuji and demanded them to leave at once. Noritoshi kamo jujutsu kaisen agreed and left them on one condition that Aoi would have to kill Yuji………

Why do all odds want Yuji to die in jujutsu kaisen episode 15?

That’s because Yuji Itadori is the Vessel of Ryomen Sukna who is mostly called Sukna. Ryomen Sukna is an ancient cursed spirit and also the authoritative King of Curses. In the golden age of Jujutsu, Ryomen was considered an imaginative cursed spirit. Ryomen Sukuna is the biggest trouble for all of the Jujutsu Sorcerers and Yuji is surely the main reason for the resurrection of King of the curses. Ryomen Sukuna is one of the main antagonistic characters in the anime series Jujutsu kaisen.

How Yuji happens to be Sukna’s Vessel.

In the first episode of Jujutsu Kaisen, Yuji Itadori swallowed one of Sukuna’s Finger and became Ryomen Sukuna’s Vessel. Jujutsu High believes that Yuji Itadori will be the vessel for the resurrection of the ancient demon Ryoman Sukna.

Back to the line……

But Aoi was playing a win-win game. His claim was, he won’t hold back even if it is his best friend. Aoi’s intentions were genuine from the start, he doesn’t want to kill Yuji. But he did beat Yuji black and Blue.

Is this episode worth watching?

I won’t say that it was best but jujutsu kaisen episode 15 is way far from being bad!

Em just skipping the rest so it won’t spoil the scene and you can easily enjoy the series. Go watch some anime, Like Jujutsu kaisen episode 15.